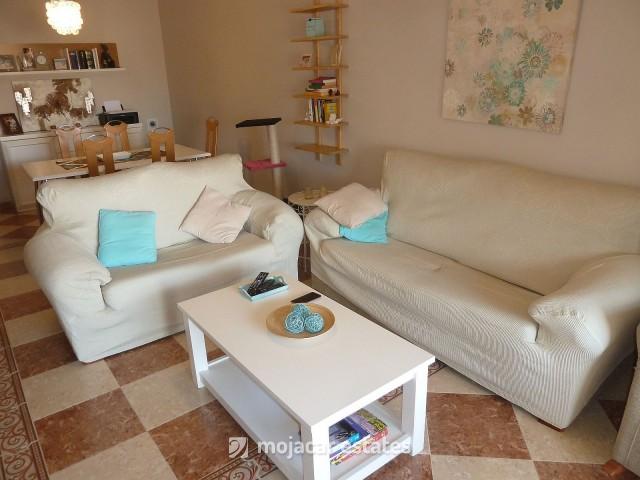 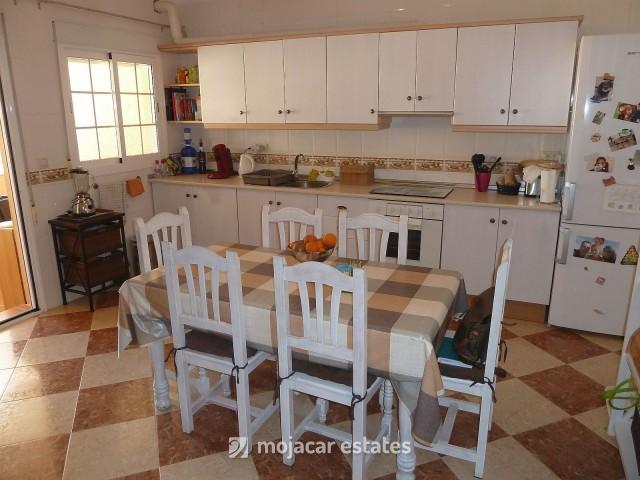 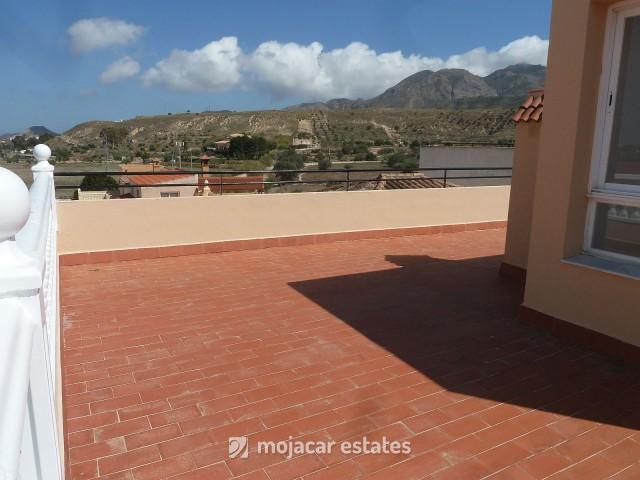 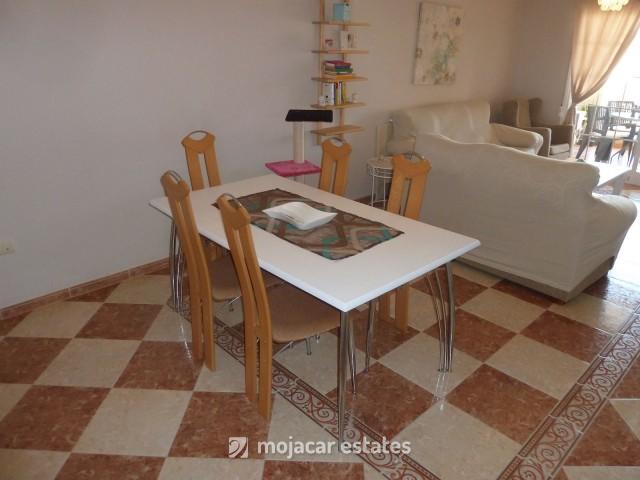 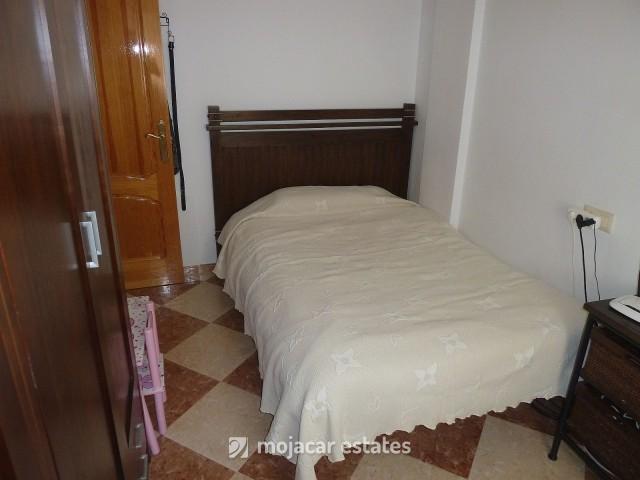 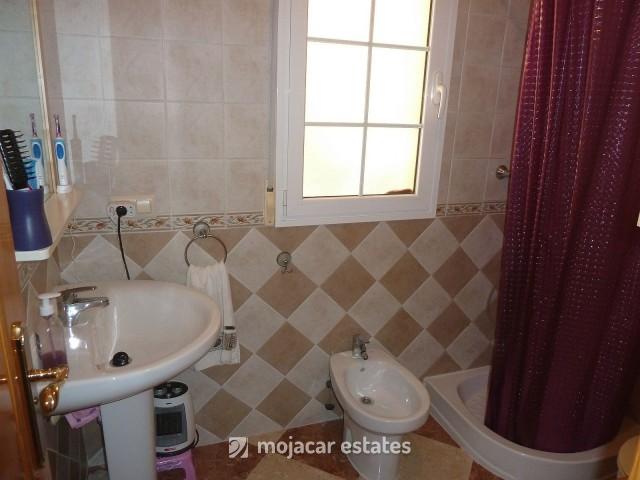 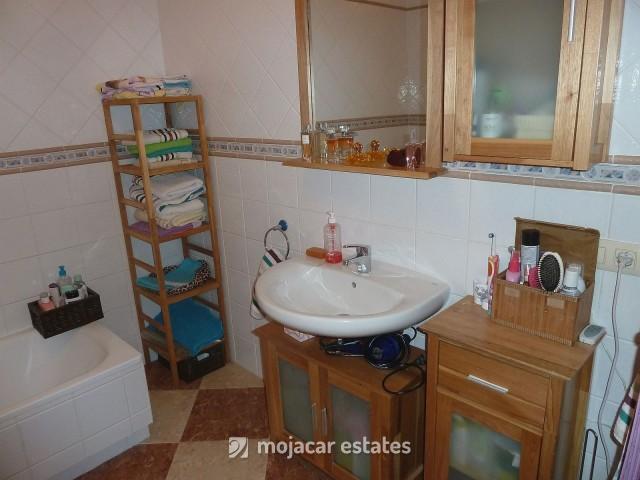 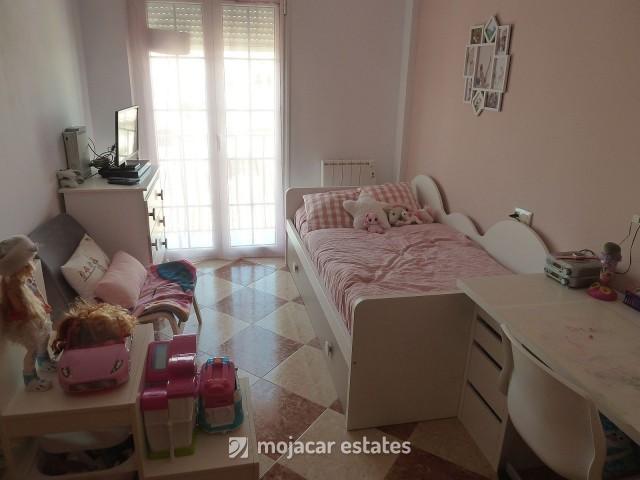 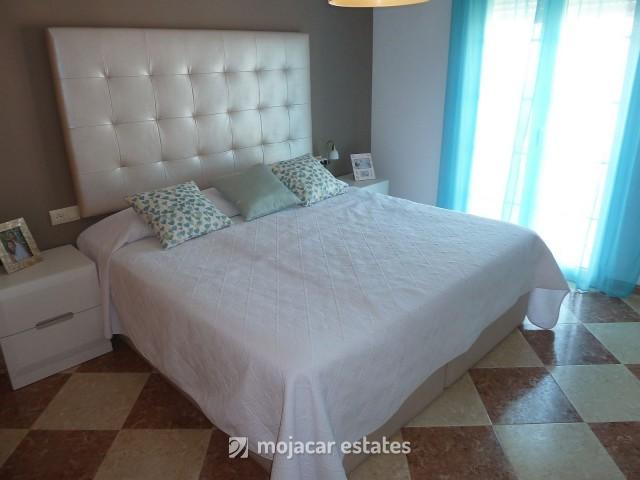 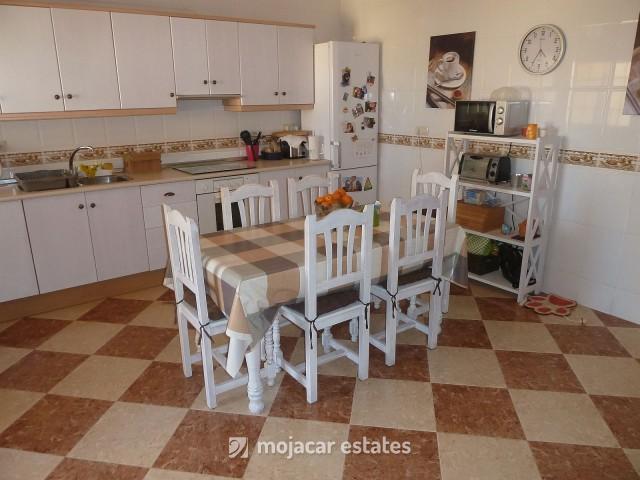 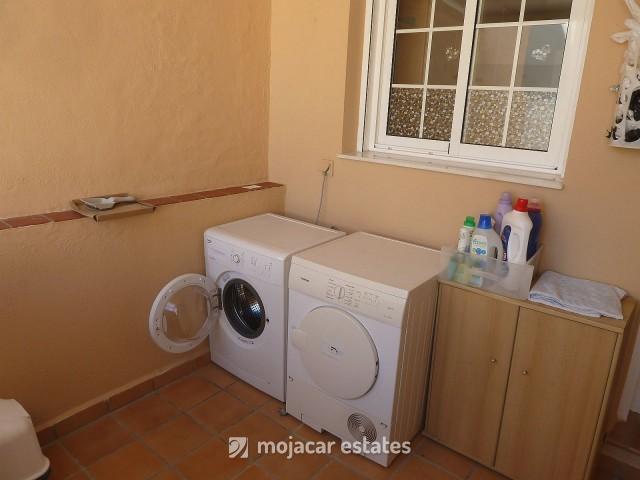 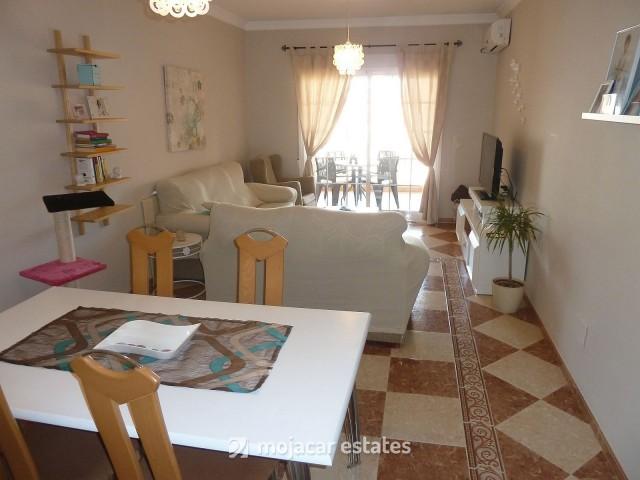 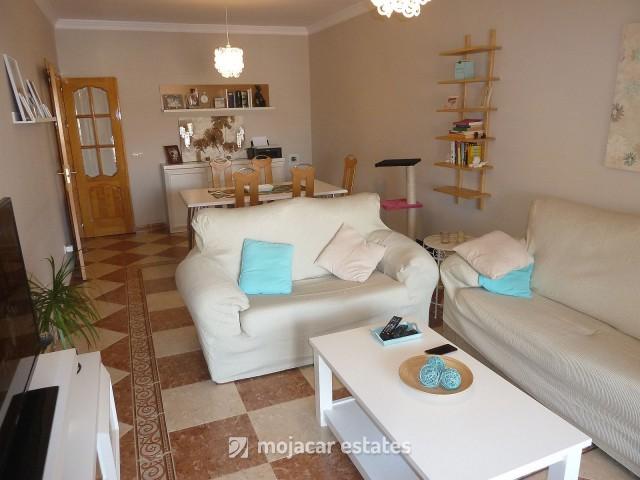 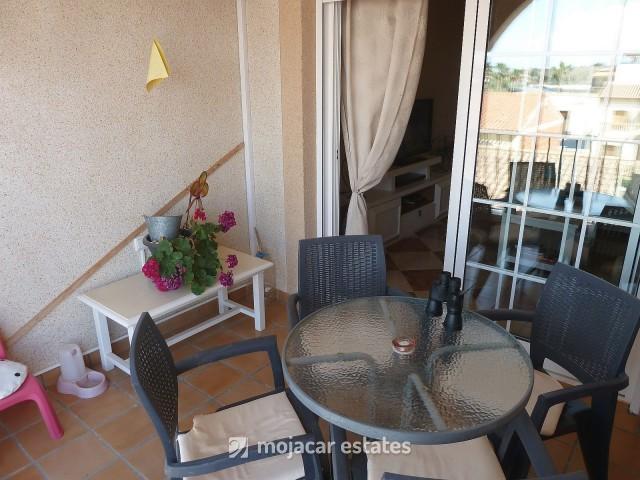 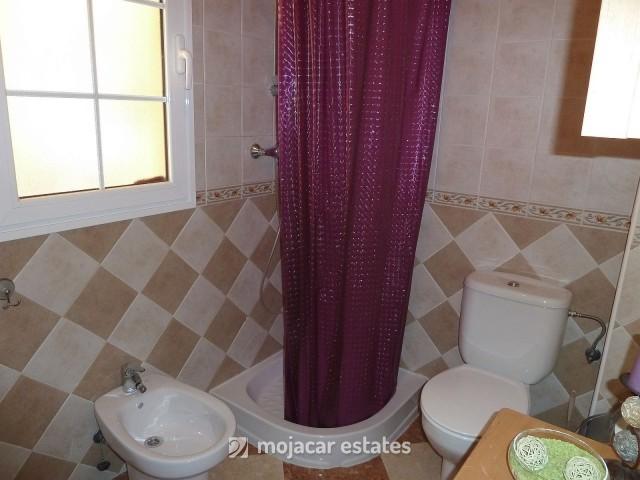 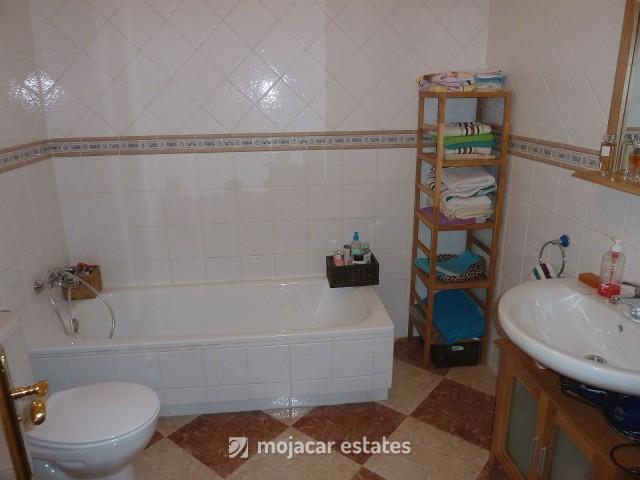 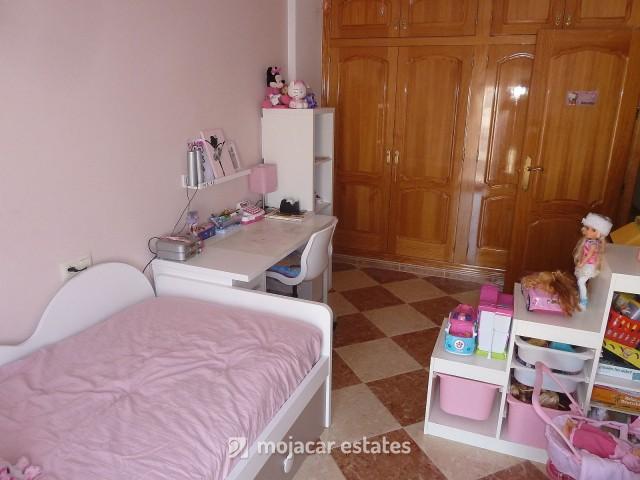 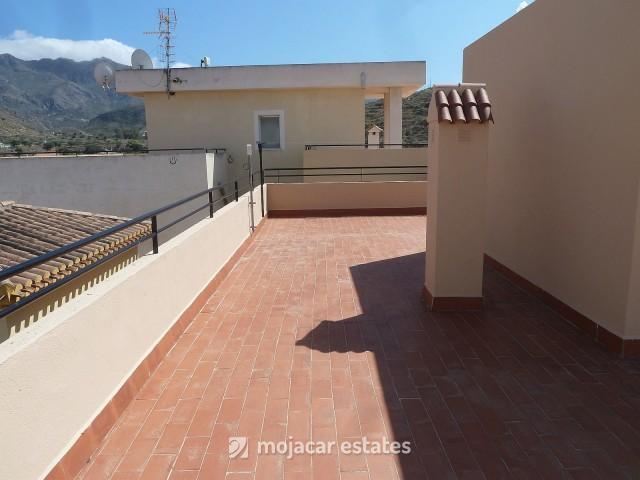 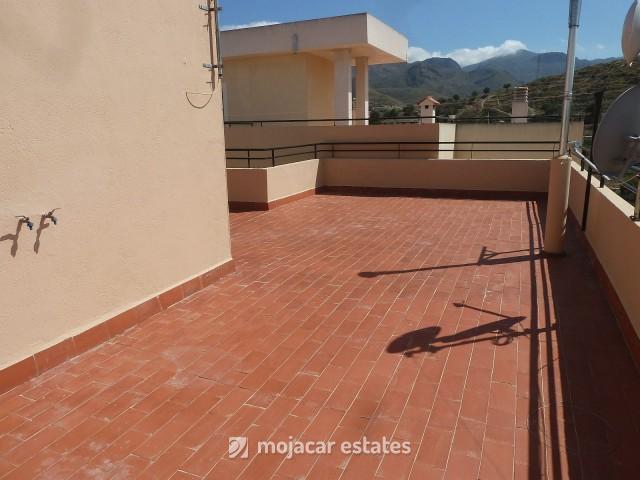 Small community of 4 apartments in a quiet residencial street in Turre for sale. The apartment is on the top (second) floor and is built to a very good standard. With its 120 mts2 it is much bigger than most of the apartments in the area. All rooms are spacious and bright.
An ample and light staircase leads up to the main door of the apartment which goes into an entrance hall. From here you walk into a very large fully fitted kitchen with an integrated dining area and with a door onto a covered laundry patio. Along the hall are 2 bathrooms and 3 double bedrooms, a large lounge with a dining area and a second covered terrace with nice views.

The house has a shared roof terrace with stunning views to the Cabrera mountains and over the village of Turre.

A property that must be seen to be appreciated.

Extras: AC in lounge and master bedroom, pellet burner in the kitchen.

Location
On the above Google map click on enlarge map and the exact location of the property for sale in Turre is marked with the pin.