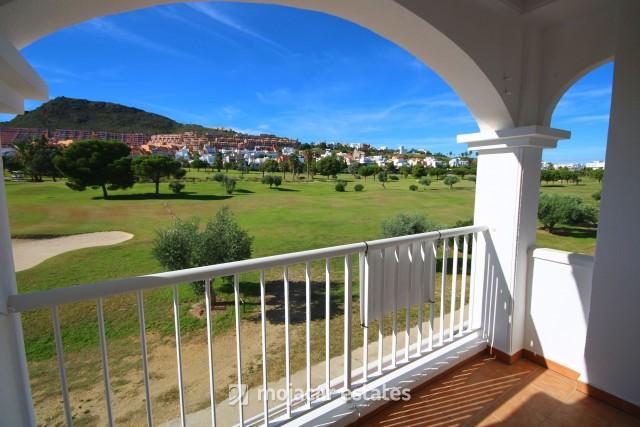 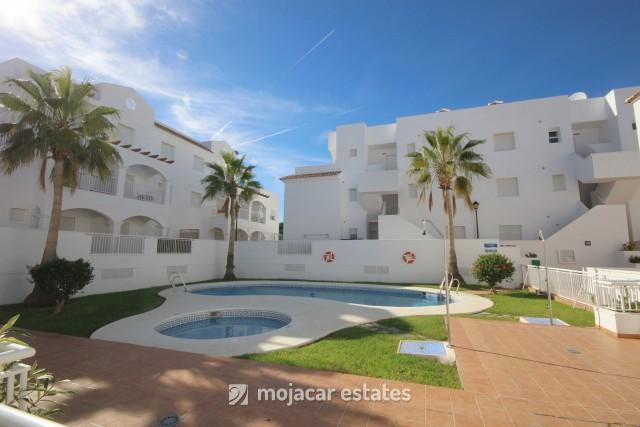 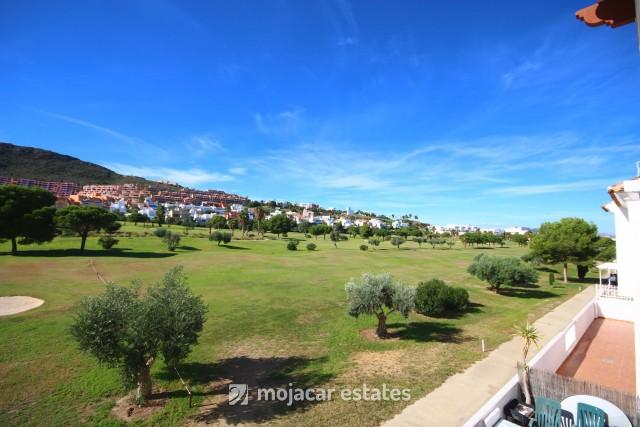 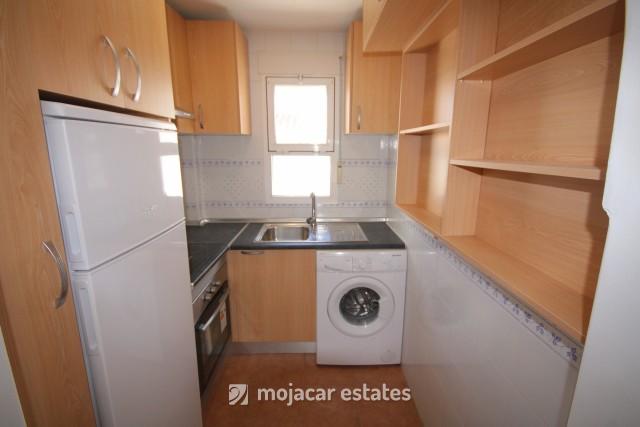 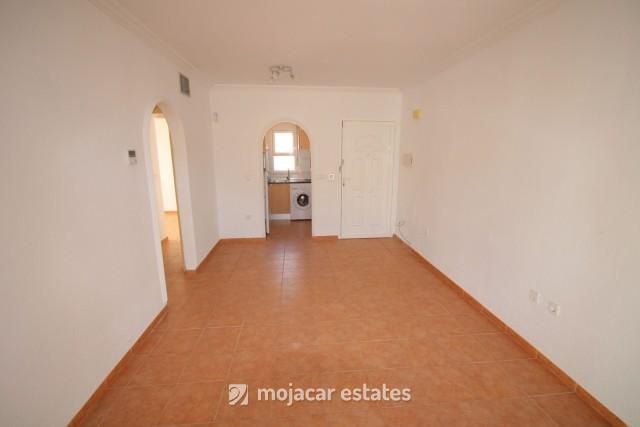 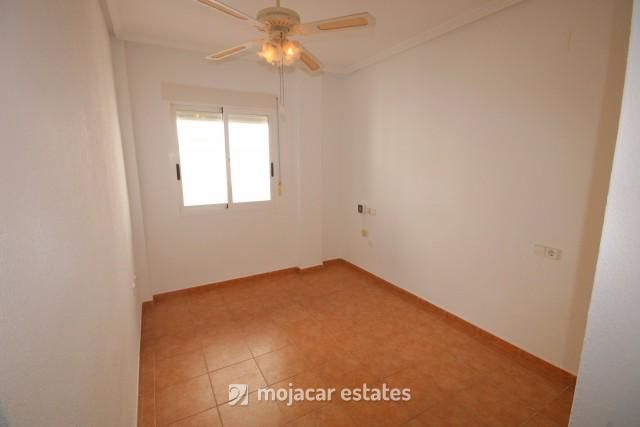 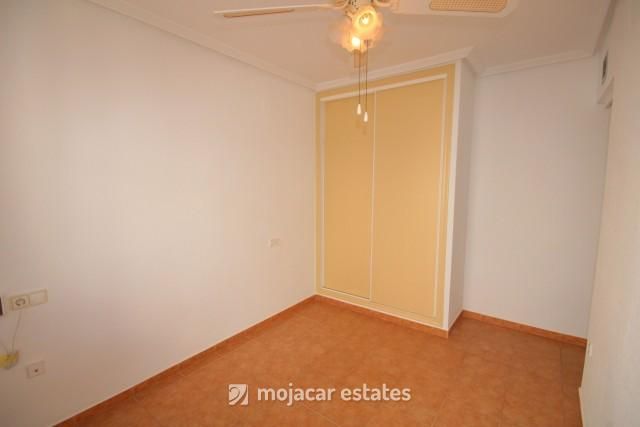 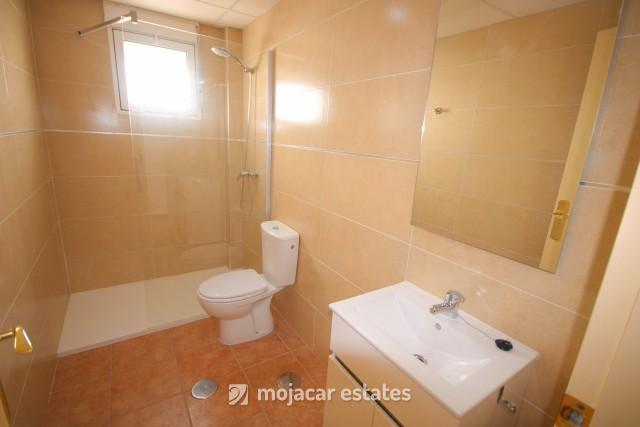 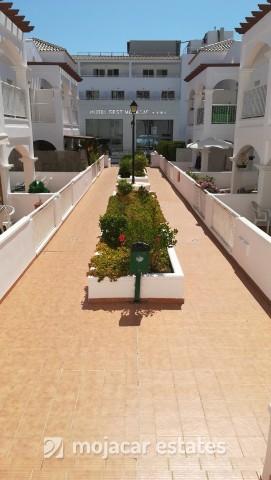 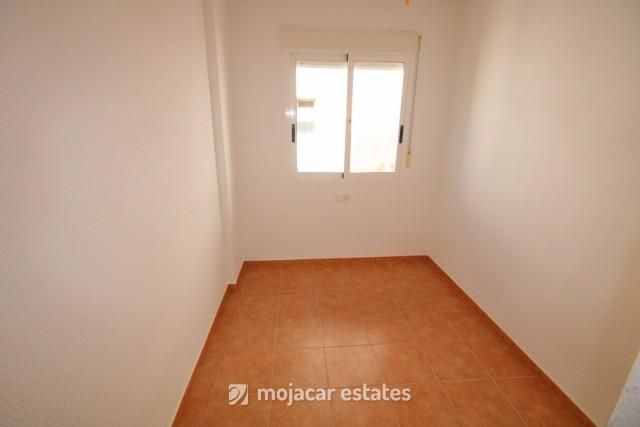 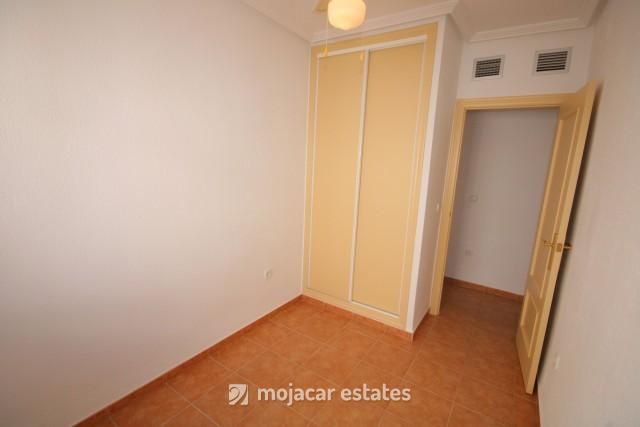 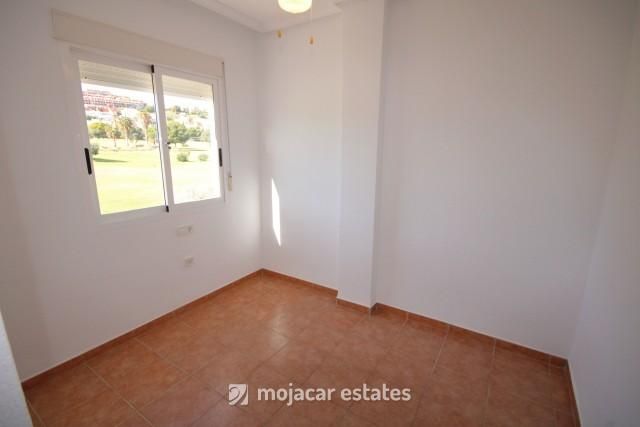 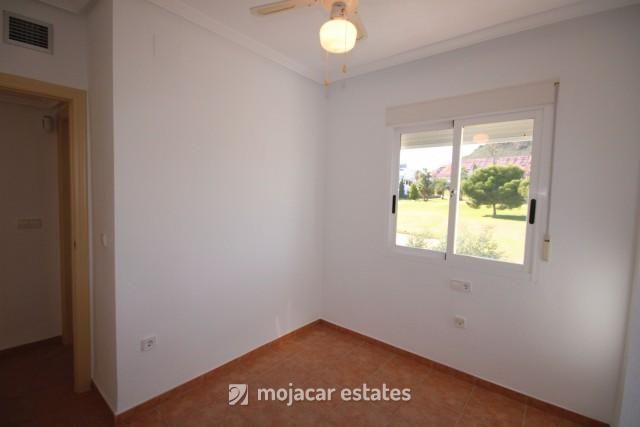 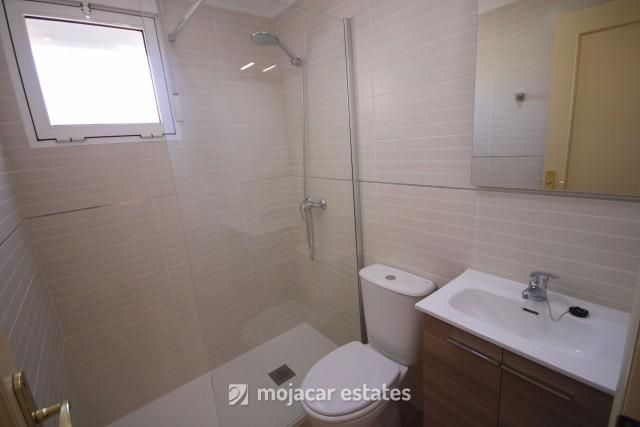 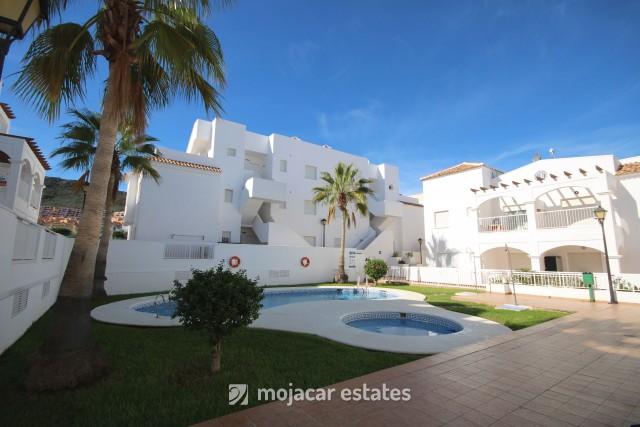 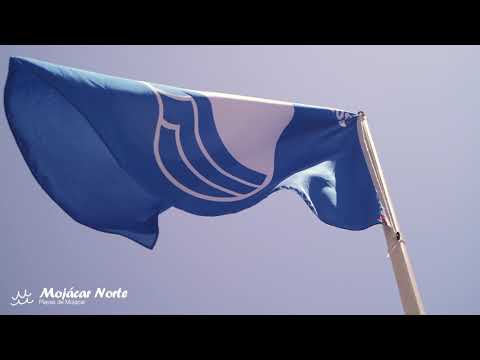 Renovated 3 bedroom first floor apartment for sale in Residencial Marina Golf on the Marina de la Torre golf course in Mojacar, Almeria, Andalusia. Views of the golf course and only 150 mts from the beach. New bathrooms and kitchen.

You reach the front door of the apartment via a communal walkway filled with plants and flowers and one flight of stairs. The apartment has been renovated to a high standard with a new the kitchen, fully equipped with new white goods and units. The bathrooms are also new. The whole community has been recently painted as has the inside of the apartment.

The bedrooms have ceiling fans as well as centralised air conditioning and there is double glazing throughout. Large lounge area with a terrace that gives on the the golf course with views of both the golf course and the mountains.

The terrace has a water and electric point. There is the option to also buy a garage and store room for 6000 euros.

Only 5 minutes drive to Garrucha and to Mojacar village. Walking distance to the sea, local bars and restaurants. There is a local bus in to Mojacar, Garrucha and Vera. Garrucha is a working fishing port and offers very good sea food menus in its many restaurants as well as very fresh fish at the market.

Location
On the above Google map click on enlarge map and the exact location of the property is marked with the pin.
Easy access by car or local bus to neighbouring coastal towns of Mojacar, Garrucha and Vera. From Vera you can get a coach to Alicante and Murcia airports. Local schools, medical centre and shops all close by.

Regional Information:
Andalusia, a rocky, sun-baked region on Spain’s southern coast, embodies much of what the world thinks of as Spanish: flamenco, tapas, beautiful coastlines, natural parks. Yet it was under Moorish rule from the 8th-15th centuries, a legacy that shows in its architecture, including such landmarks as the Alcázar castle in Seville, the capital city, as well as Córdoba’s Mezquita Mosque-Cathedral and Granada’s Alhambra palace.

Apartment for sale in Mojacar, Almeria