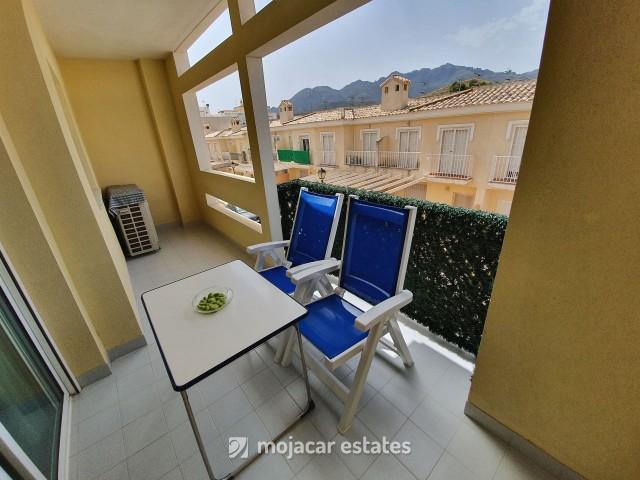 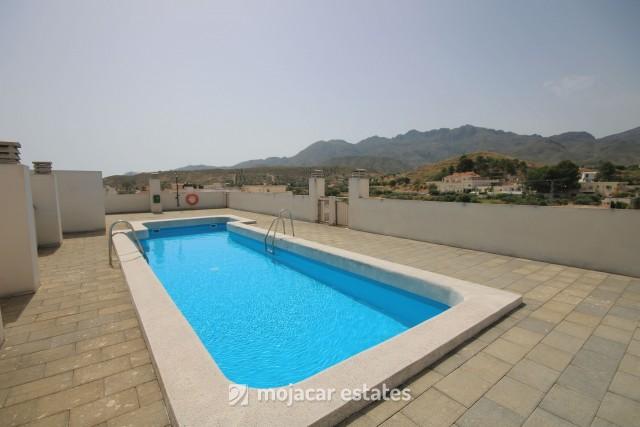 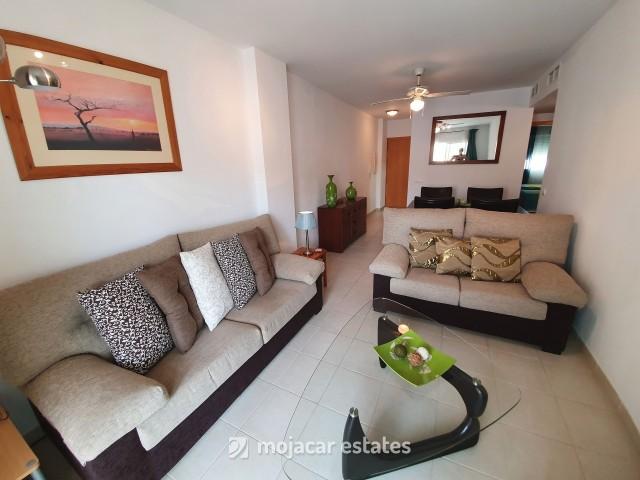 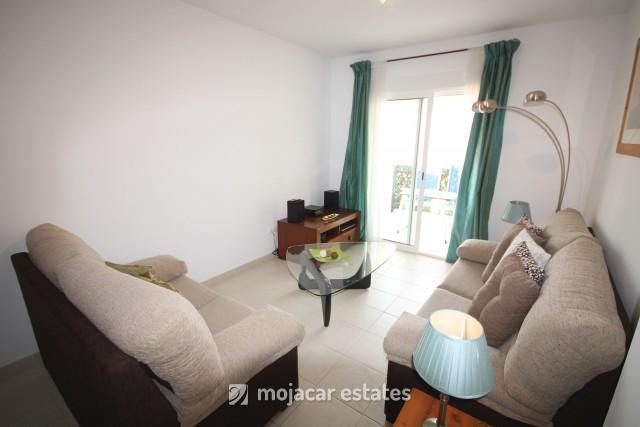 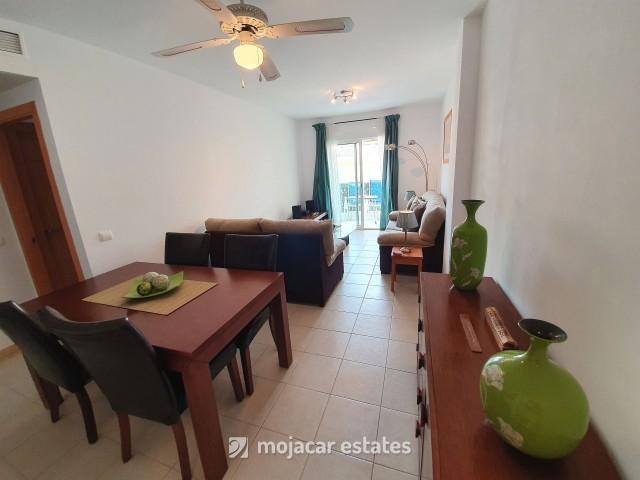 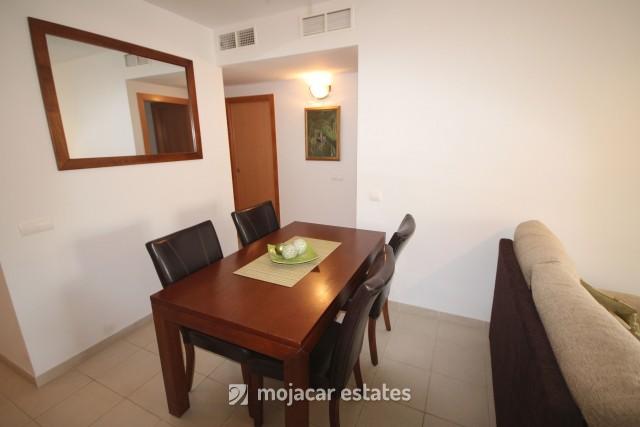 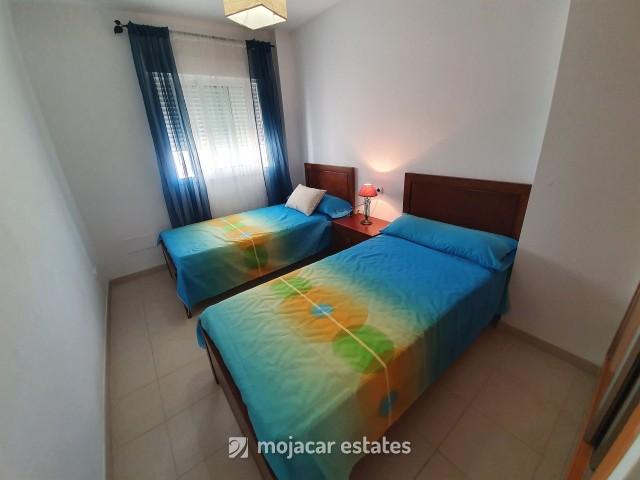 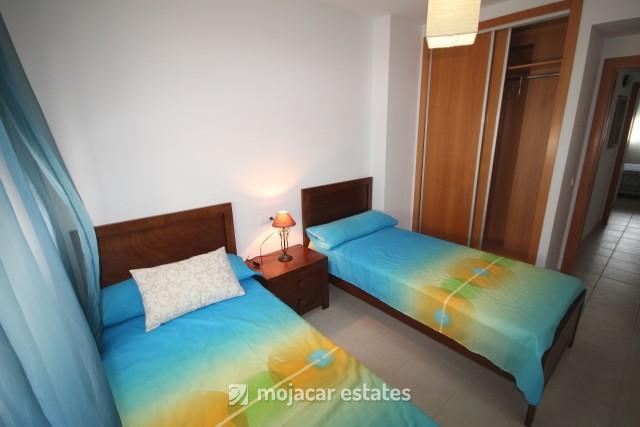 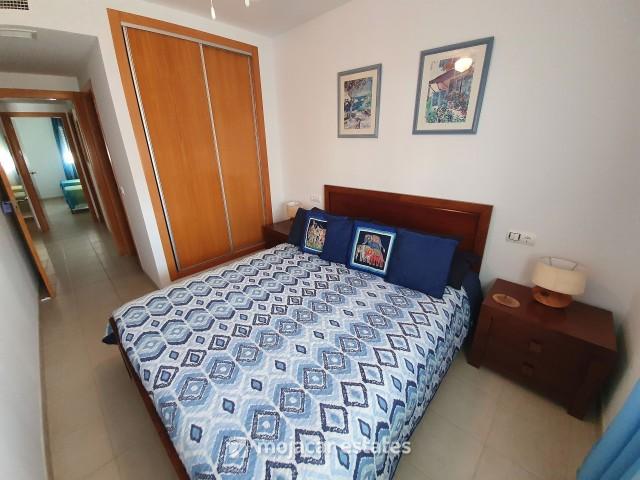 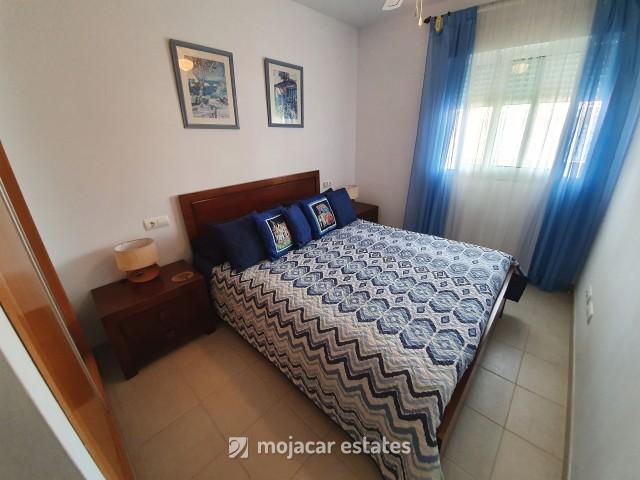 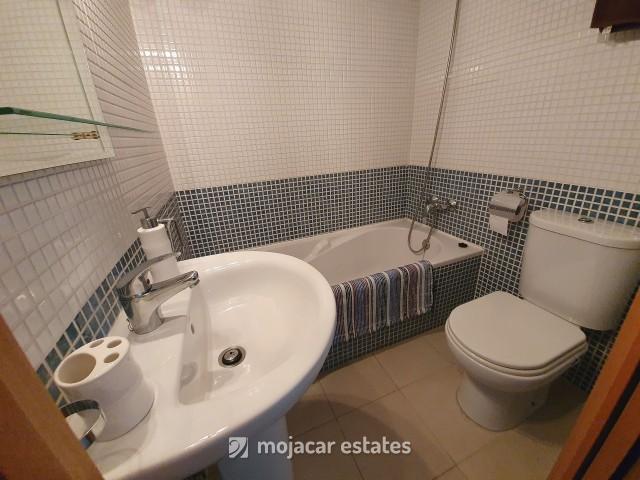 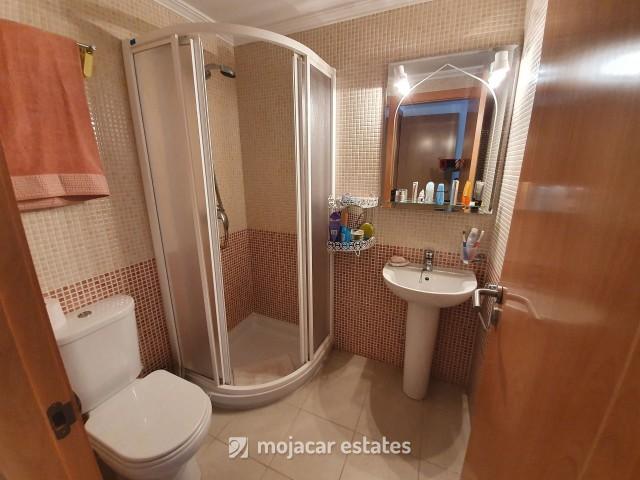 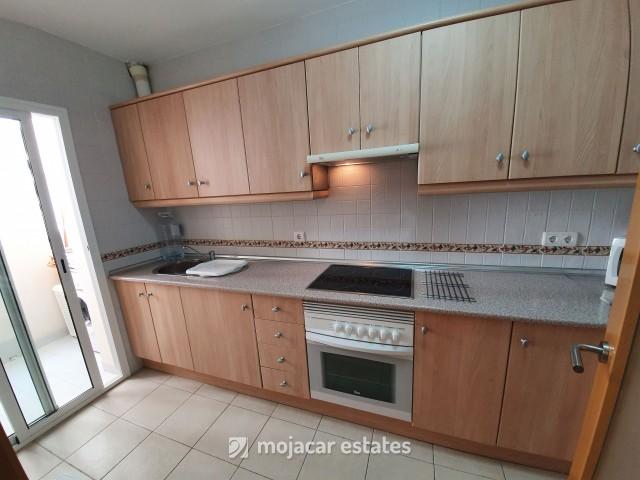 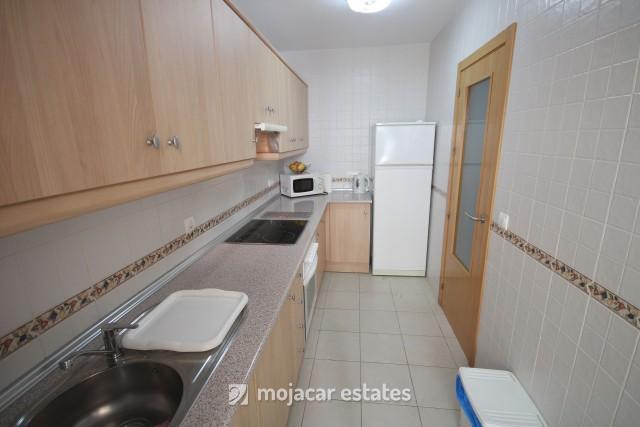 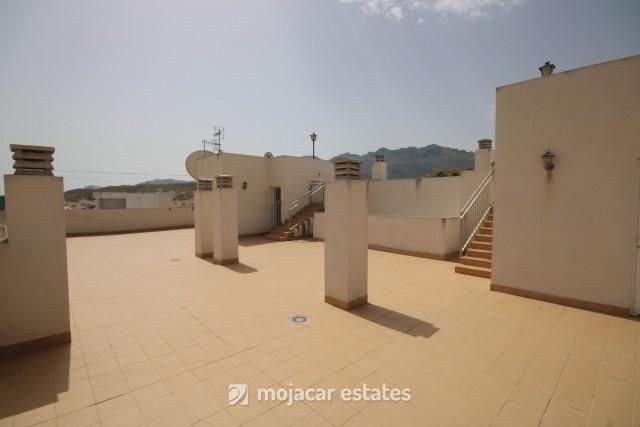 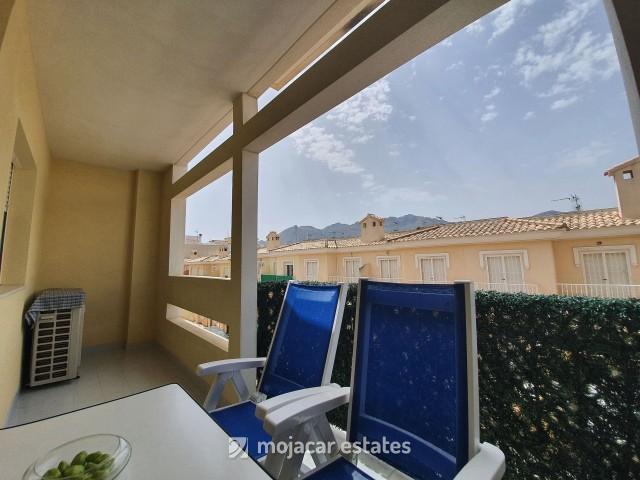 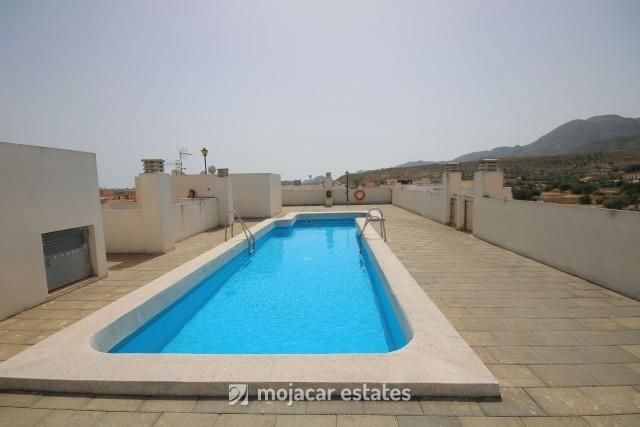 Lovely 2 bed and 2 bath apartment for sale with terrace and swimming pool on the roof in Turre, Almeria, Spain, only 10 minutes drive from the coast and beaches of Mojacar.

This well kept apartment is on the first floor of a three storey building with a parking space (14 m2) in the underground carpark and a pool on the shared community roof terrace. The views from the roof terrace are 360º with lovely mountain views.

There is a separate fully fitted and equipped kitchen with access to a small terrace. The covered front terrace looking onto the street also has views of the Sierra Cabrera mountains.

The building has a lift. The apartment has centralised AC / heating. There is a utility area plus an electric hot water heater. Sale includes fixtures and fittings plus white goods. Walking distance to supermarkets, bars and restaurants as well as other amenities.

NET PRICE: 75.500 €
PURCHASE TAXES: 6.040 €
NOTARY FEES - APPROX.: 700 €
LAND REGISTRY - APPROX.: 300 €
TOTAL PRICE: 82.540 €
Price valid until sold.
Conveyancing not included.
The rates applied are the highest, and the buyer may, due to their characteristics, benefit from some tax deductions. The property A. I. D. is available at our office according to the decree 218/2005 of 11 of October that regulates the information regulation for the consumer in the purchasing-selling of property in Andalusia.

Location
On the above Google map click on "enlarge map" and the exact location of the property for sale in Turre, Costa Almeria, Andalusia is marked with the blue pin.

It is located in near Casa Adelina, a very well known restaurant in the village.

Turre is approximately 7 km to the beaches of Mojacar and Garrucha.